I have always been surrounded by storytellers.  Some of them aren’t aware of their gift and others pass it off as ‘just telling stories’ and never pursue the art beyond their incredibly fortunate immediate circle of friends and family.

Sometimes they are our elders- those with experience of the world and their immediate environments, having lived through times we now consider history and who tell tales of those times to those of us privileged enough to listen  Other times they are younger folk- with imaginations that are rich with images and symbols that are both universal and unique.

I have previously written about some who have influenced and entertained me through their stories in song and myth-making writers whose stories entertain, enlighten and inspire my own creativity.

I will continue to write about those bards among us- the ones who are able to make a living from the stories they tell- and who live to tell their stories- but the unheralded storytellers in my life deserve to have a little of their own Interworld ink.

I am very lucky.  I know this, and probably don’t articulate it nearly enough.  Especially lately.  I have been quite caught up in dissatisfaction in one key area of my life- career concerns- which, while it is a legit sense of worry and stress, should not detract from the good fortune that is my main lot in life.

I am fortunate to be loved and supported in my choices by family and friends that continue to stand by me.  I was supported in my drive to continue my education, in a field that wasn’t likely to get me into the Fortune 500 at any point.

Education, and its importance, has been a staple ever since I can remember.  I’ve been surrounded by educators- whether career teachers or by teachers by nature- and I have had the privilege of teaching others at various times in my life.

These teachers have all brought various things into my life- demonstrating, by example, the techniques and tendencies I most aspired to in my own classrooms.  Some of them have been storytellers as well.

After a number of years out of school doing various things, I went back to university full time.  I was unsure about direction- and exactly what I wanted my focus to be.  I took a variety of courses- Irish language, English Lit, Philosophy, and a couple of classes in Religious Studies- an interdisciplinary program that approached the study of world religions from  historical, literary critical, psychological, sociological, anthropological, women’s studies and philosophical methodologies.  Absent from the list was theology- and this suited me just fine.  I had already comfortably confirmed my non-belief and didn’t feel like being preached at.

In this first year in the program I met Papa Kaz.  He taught biblical studies from historical, literary- and rhetorical-critical perspectives.  He seemed to have been born in a classroom.

As our relationship developed- he would become my Master’s Adviser, and one of the two real mentors of my graduate studies- I learned that he had found his vocation in high school classrooms in Queens, NY.  Thirty years after coming to Canada, falling in love with a good Canadian girl, completing his Doctorate in Germany and raising a family upon his return, he still had traces of that accent and vestiges of the neighbourhood in his mannerisms.

The university environment was changing- there was increasingly less of a focus on teaching and mentoring as publishing and research excellence began to surpass the actual educational emphasis as a means of attracting external funding.  He remained committed to the idea (rapidly becoming outdated) that universities were about learning– and teaching the tools and habits that would follow students through their lives into whatever careers they might find themselves.

Each of his syllabi contained a caveat (that I subsequently used, with his permission, on each of my own) that explained that a university education was meant, among other things equally valuable, to prepare students for life in the working world.  That means devoting 40 hours per week to studies for full time students.  In addition to class time (3 hours/course/week, on average), assignments and readings were to be factored into the 40 hours, and, like the real world of work, sometimes students/employees would be required to put in ‘overtime’- when exams or major papers came up in the requirements.

Whether or not he believed that his students would go on to live lives enhanced by the specific subject matter he taught (he was aware that a lot of his courses were taken as electives by those who thought they knew it all from their childhood Sunday School classes), he DID expect that his students would complete his courses and move on with the ability to effectively budget time, read critically, analyse research sources and form their own opinions on the varied subject matter.

In the classroom and out of it, he told hilarious- and scandalous- stories about nuns and priests he met in his travels.  And hilarious- and scandalous- stories about the professional WWE wrestlers he met in an elevator in Toronto that one time (the Rock and Papa Kaz had quite the convo, apparently).  In order to illustrate Jesus’ use of parabolic language in the gospel accounts he created his own parables which he shared with his fortunate students.  Most memorable was the story of ‘Grandpa and the Dog’, which began with good intentions, and was a wonderful rambling tale of looking after both his grandchild and a new puppy, but one that never quite made the point that he was going for.  Even after the 20-or-so minutes it took him to compose and recount the ‘parable’.

I remember laughing hysterically- on more than one occasion- as both his student and then as his assistant.  Watching him at the head of a classroom was truly spectacular.  He wasn’t above hanging off the coat racks or jumping on his desk while yelling in incomprehensible German in order to emphasize a point, or just wake up a sluggish bunch of undergrads.

But he was more than an entertainer.  Pedagogically I have yet to meet his match.  All that comedy up there at the blackboard also made me recall the things he was teaching in an extremely vivid way.  The fact that he managed to keep a straight face when presented with some ludicrous questions and comments was testament to his compassion as much as to his true belief that everyone was teachable.

(How he kept going when asked, in all seriousness, ‘why, if the Romans wanted Jesus dead, they didn’t just shoot him’ I still can’t comprehend.  I would have been in tears- of either laughter or despair, not sure which- had I been the one in front of that particular classroom.)

He took his subject and his students seriously, but realized that learning was about life- and laughter- rather than just facts or memorized knowledge.  He never stopped advising those who he saw as truly engaged and committed to learning.

Papa Kaz cautioned me when I told him my planned course of study for my Ph.D.  He thought I was taking a road somewhat untraveled and not without its hurdles.  Nonetheless, he supported me throughout, especially when that road turned out to be as difficult as he had accurately predicted… 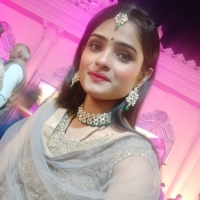 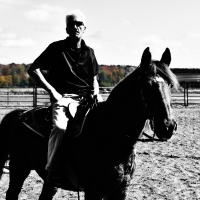 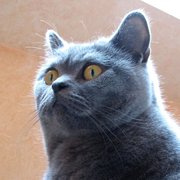