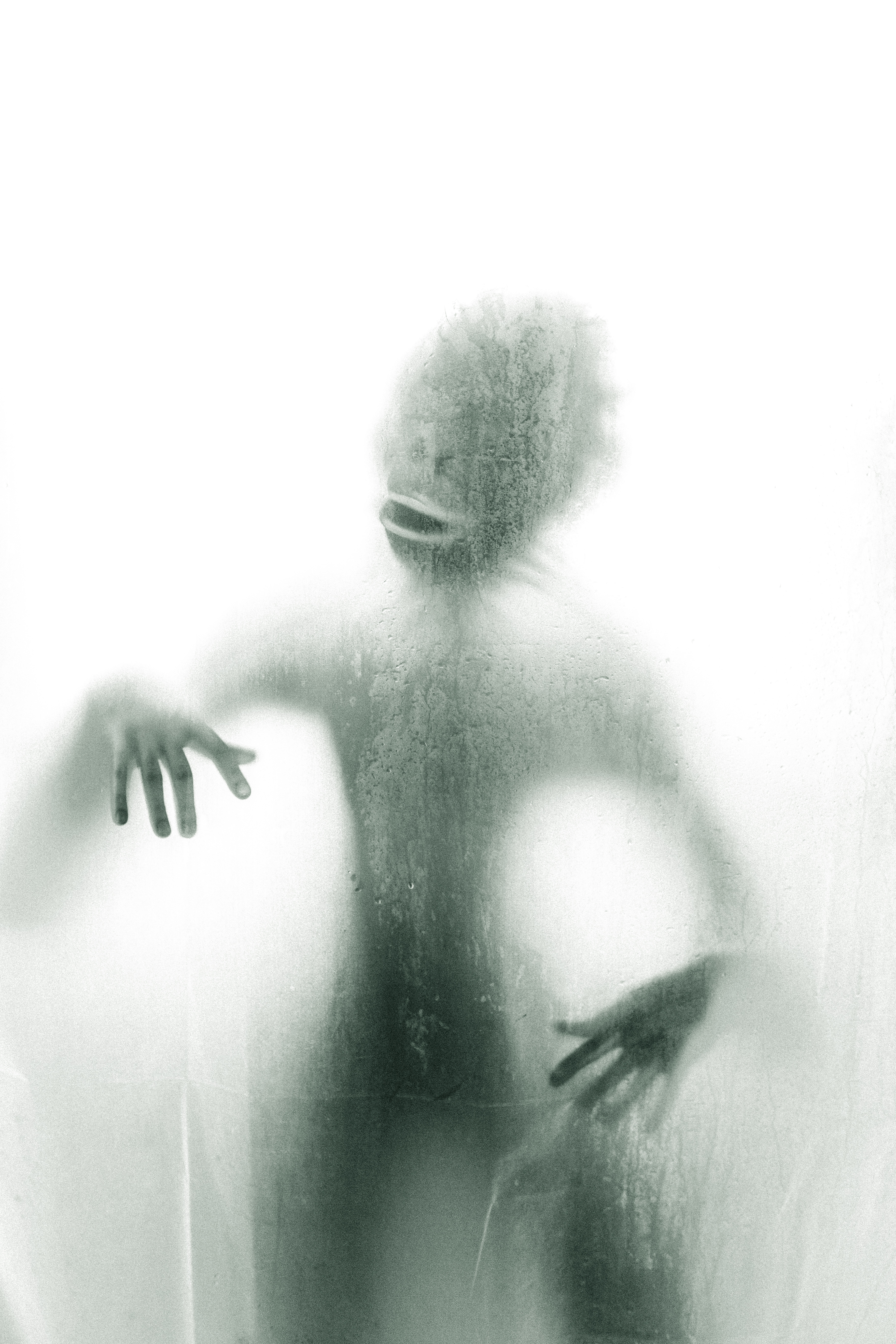 With Hallowe’en just around the corner, it seems like an appropriate time to address something that has been bugging me for some time now. It’s a phenomenological extension of the ‘othering’ that is epidemic in the current climate of nativism and exclusionary rhetoric – things that have no basis in anything other than artificial constructs and institutions of power that belong in the past.

How’s about we stop calling people monsters?  Denying the humanness (detestable as that humanness might be) of actions while criticizing behaviours and/or worldviews abrogates the responsibility for those acts/beliefs. Attaching a supernatural element to the inimical suggests an inability to ensure its cessation.

Monsters are, by definition, MONSTROUS. Created (in our mythologies) by nature, by humans, by gods, to be inhuman scapegoats for all those crimes that we just can’t seem to acknowledge that we – us people – are capable of committing.

There has been a lot of monstering happening over the last week.

#MeToo is a powerful indicator of much that is broken in our societal system(s). The evidence – as presented by people who have been marginalized by our institutions and traditions – is reaching critical mass as we speak up and refuse to accept old adages about boys-being-boys while still being slut-shamed for having the audacity to wear whatever we want, when-and-wherever we want to wear such things.

The number of women responding through social media and identifying themselves with the hashtag started by Alyssa Milano (ETA – apparently the hashtag and movement was created – quite some time ago – by Tarana Burke) doesn’t – sadly – surprise me. Nor – again, sadly – do the instances of men leaping to condemn, using the same, tired, gaslighting that persists on university campuses, in workplaces, on city streets, and in darkened bedrooms during house parties. Everywhere, really.

That women experience harassment and assault on an ongoing basis is tautology. #AllofUs might be a better hashtag – if we’re trying to demonstrate the ubiquity of the issue. But that gets us into grey-areas of negation of the primary message (comparable to the offensive inanity of cries of ‘all lives matter’ when discussing systemic inequity and imbalance), and the primary message is important. Institutionalized abuse is not something that will be tolerated anymore.

Every #MeToo is representative of a lived experience – one that affected the humanity of the woman who experienced the abuse and/or assault. And each hashtag is deserving of respect and sensitivity to that personal – yet also universal – ordeal.

I applaud the awareness campaign – and the rapidity and comprehensiveness with which it has spread – yet I question the efficacy of the social media movement (of any such social media movement, really) since it sings, mainly, to the choir, while permitting the uneducable trolls to spread their vitriol, per usual.

Especially when we classify the humans (and let’s be real, here. We are, mainly, discussing men) as ‘monsters’, denying their culpability in mistreating their fellow-human beings.

We keep doing that.

As an example, since November of last year I’ve seen myriad and multiplying posts, essays and articles claiming that the IMPOTUS is a ‘monster’ for ignoring the circumstantial realities of the citizens over whom he claims leadership.

He is not a monster. He is an abhorrent and immoral and detestable human, who seeks nothing but the furtherance of his own selfish desires. A poor excuse for a human, to be sure, but denying his humanity serves no purpose in any discourse that will help to disempower him and his ilk.

Externalizing evil – and separating those who do evil from the rest of us – is the absolute best way to ensure that evil is allowed to continue. I’ve spent most of my adult life playing Devil’s Advocate (literally. It’s the premise of my forever-in-progress-novel, in fact) on this point.

I will defend to my dying day the assertion that the worst of the manymany crimes committed by the institutionalization of Xianity lies in the development of a supernatural entity designed to displace human responsibility for all the terrible crimes we commit against other humans.

Disclaimer: I’m well aware that the Xians didn’t invent the concept, but man, did they run with it. Those early Fathers and Apologists had a whole lot of internalized darkness that needed external repositioning. SMDH.

Falsehood, assault, mistreatment, inequality and inequity – all these things are human behaviours linked to human-created concepts of power and privilege that are being brought to light in significant ways through media that were un-dreamt of even a decade ago. This illumination deserves and requires immediate action, but we cannot construct new modalities for our social interactions if we cling to archaic personifications and flippant descriptions that permit the evasion of knowing responsibility by those who choose to engage in behaviours that are anathema to progressive society.

If we don’t change our language, we permit the continuation of narratives that allow people who act in opposition to those ideals that we know demonstrate the right and proper ways of interacting and cohabiting on this planet to continue to abuse the privilege we, collectively, refuse to revoke.

Men are already aware of the magnitude of the problem. They are the problem. Do NOT ‘not all men’, me, here. The power imbalance lies now, as it has historically, in favour of the male of the species. That is one of the artificial constructs that we must keep working to change.

#MeToo, and other comparable awareness campaigns, are not about beings with supernatural or superhuman abilities. Abusers are not monsters. They are people – with, presumably, the ability to learn and grow and progress, developmentally, beyond a state that permits (and, too often, celebrates) abusive and anti-social behaviour as it is directed against their fellow-humans – regardless of gender.

Do they need numbers pointed out to them – through the impersonality of the social media screen – to understand the extent of the damage that is still being caused? Are those who enjoy the benefits of institutionalized power – and the permitted violations of other people supported by those institutions – likely to give any weight to the experiences of those who participate and identify themselves through campaigns like this one?

I’m not sure my faith in humanity runs quite that deep.

But. #MeToo is a powerful illustration and empowering acknowledgement of the problem, if nothing else.

Societal permissions are not going to change unless and until we stop vilifying the perpetrators as creatures outside of the parameters of humanity. Which doesn’t mean they shouldn’t be vilified. All people who abuse their power (putative or realized) and behave in ways that negatively impact those around them must be held accountable for their actions.

But we need to check and define our terms. Language is, itself, powerful, and the words we use impact the ways in which we interact with the world. Labelling heinous human behaviours as ‘monstrous’ may make us, on some level, feel better about our own humanity and what that might mean – separating us from those who act in ways that seem incomprehensible and egregious – but it imparts a sense of invincibility, imbuing pathetic abusers with more dominion than is warranted, while attaching a strong sense of inevitability to their actions that is both deplorable and entirely unsupportable. No actions are inevitable. Anti-social behaviours are preventable.

Calling atrocious humans ‘monsters’ makes them seem inexorable and impossible to beat back. They are not. Progressive evolution and education – and the discussion that can come out of effective and affecting social media campaigns – necessitates the putting away of childish stories about supernatural entities that ameliorate all those bad actions which illustrate the dark corners of our shared humanity.

Unless and until we truly understand and inculcate the reality that we are perpetuating a status quo that continues to support the abuse of our fellow humans as some sort of unfortunate but inevitable side-effect of maintaining a standard of living in the pursuit of some nebulous, exclusionary, materialistic dream (American or otherwise), nothing will change.

People that engage in destructive and anti-social behaviours are not monsters. They are humans. Bad humans, but humans none the less. We can fight against the wrongs perpetrated by other humans. It is our responsibility to do so. Acting in concert and tearing down the structures that permit the continuance of such unchecked behaviours is the only way to invalidate that which is monstrous in our societies. Part of that tearing down requires a definition of our terms.

We are collectively responsible for the monstrous people who walk among us. In order to call to accountability and punishment those who have been permitted to abuse others the rest of us need to ensure that the conditions that nurtured such behaviours and attitudes are irrevocably destroyed.

That said, #MeToo. Too many times to count – yet each indelible occurrence lives on with me, integrated into my brain and body and impacting the ways in which I interact with others.

#MeToo – because I am a woman, and because I live in this world that humans have created – one that supports the continued ascendency of anachronistic constructs that place men above women, people of one skin colour over others, humans from some parts of the world over those who live in our own hometowns.

And one that permitted the election, by humans, of an admitted sexual predator to one of the highest leadership roles on the planet. As important it is to talk about the rampancy of abuse and assault in general (as spurred by revelations, long-ignored, out of Hollywood), we need to address the fact that the IMPOTUS was elected with full knowledge that he committed those same crimes.

Removing him from office and revoking his entitlement and heretofore un-checked privilege is the best way to make manifest the comprehension of the message that has been spreading through social media over the past few days. With the din of cognitive dissonance growing ever-deafening, it might be the only way to do so.