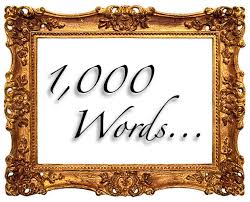 There’s an old nugget of wisdom that talks about a picture being worth a whole bunch o’ words. Its origins are disputed- claims of historical (that it originated with the likes of Napoleon Bonaparte, for example) and religious (Confucius) authority have been attempted to lend weight to its message- but it first showed up in the context of journalism and/or publicity (Frederick R. Barnard used it to convey the importance of graphics in advertising). Overall, that’s unsurprising.

I don’t know a whole lot about PR and/or marketing. Not my wheelhouse- and I find the concept behind such things uncomfortable, to say the least, what with their raisons d’être of manipulation and control.

A lot of us saw a picture last month. That picture rendered many of us speechless. With shock, with sorrow, with the reality of a tiny face given to millions of people who have been, for years now, fleeing chaos in their homeland.

I have my thoughts about how we, in the west, have been dealing with the issues that have created and exacerbated the strife in that area of the world. I’ve grieved for the people, as I’ve mourned the loss of their personal histories and the loss of the collective history of all of us humans as precious monuments are destroyed alongside lives yet uncounted.

Visuals are important- and it’s impossible to imagine our current (popular) culture without them. My generation was the first to see a war on the television- and the images of that war helped shape a response- from our parents and communities and governments- when the refugee crisis it prompted hit our shores, far away from South East Asia, in the form of people seeking asylum and relief from the chaos.

Pictures are invaluable- and can be, as we’ve seen this week, the tipping point toward enough awareness that change may actually be effected.

But me? I deal in words (I don’t even have a camera, tbh)- I find comfort and strength and expression through their effective use.

Something that has been bugging me for the past while has become uncomfortably blatant with all of the press coverage and political rhetoric that stemmed from the fallout after that picture appeared. Even weeks on, it’s framing our dialogue about what is happening overseas.

Since April or so the media has been talking about something called the ‘European Migrant Crisis’. Not that there was all that much real dialogue about it out there- but, when the news outlets chose to mention the influx of people into Europe everyone referred to them as migrants.

I have a problem with that. There are connotations associated with that particular term’s definition that belie the reality of what has been happening. In its common usage, there is an implied sense of choice associated with the word. Migrant workers, for example, have opted- for a variety of reasons- to work outside of their home region or country.

Here in Canada, we have temporary, seasonal agricultural workers who come from places like the Caribbean and Mexico to help farmers during periods of planting, cultivating and harvesting. And, once the harvest is in, they head back where they came from.

Migrant, as a categorizing term, implies an eventual return to the home country/region. A ‘temporary foreign worker‘ by another name.

Migration- in human terms- is simply defined as physical movement from one place to another with the intention of settling elsewhere- either temporarily or permanently. When they move, voluntarily, into a new area they are called immigrants. Sometimes they are called ‘illegal immigrants‘ (I’ll set aside the absurdity of applying a descriptor such as ‘illegal’ to human beings for another day. Acts are illegal. People should not be categorized as such)- when the country to which they migrate isn’t particularly open-arms-welcoming of them.

Involuntary human migration usually involves horrific things like human trafficking and slave trading: people who are taken, against their will, elsewhere for the economic benefit of other people.

It seems that, thankfully, I’m not completely alone in my distress about the irresponsible use of inflammatory language when we’re dealing with human beings in crisis. This morning I found this article, emphasizing the need for “accurate and well reported media coverage (that) will contribute to a balanced debate and will assist in fostering real respect and calmness in the face of deep human suffering. Refugees – all people actually – deserve to be treated with dignity and respect; in our public discourse as well as through our actions.”

There has been response from politicians and editorial writers (I found that opinion piece in the facebook feed of one of my childhood- and now, adulthood- heroes, Raffi), and, of course those journalists who have found evidence aplenty to lay the blame for our continued national inaction at the feet of our former federal government. Now the conversation is turning toward assessments of whether or not our new PM-elect can fulfill his promises to expedite the process of accepting refugees into the country.

They’re callin’ all the shots, they’ll call and say they phoned
They’ll call us lonely when we’re really just alone
Like a funny film, it’s kinda cute
They’ve bought the bullets and there’s no one left to shoot

Watching the local news channel this morning as I breakfasted, the anchor spoke repeatedly of the ‘refugee crisis’ and how awareness has increased since the photo appeared. At the same time, the teletype headline below her referred to violence between migrants and guards at railway and bus stations in various places in Eastern Europe.

We seem to be in a period of extreme dissociative identity disorder. But with the voices that found government-sanctioned support of their racism and irrational prejudices tempered (for the moment, anyway) by the election of representatives that promise to end such detestable divisiveness, perhaps we can make the conversations- and actions- more in keeping with the human rights concerns of the majority of this county.

Hope for a new day.