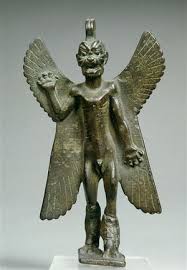 I’m not especially good at writing while in the midst of crisis.  I tend, by nature, to shut down completely, totally unable to communicate effectively- or even terribly coherently- when I’m preoccupied with things that are weighing me down.

This has been a problem in the past- having to meet deadlines while trying to cope with stress (like completing the re-write of chapters of my dissertation when, three months before the thesis defence, I lost someone very close to me)- but I am trying to push myself to keep up the work output even at those times when stringing words together seems pretty impossible.

I am learning from my fellow bloggers.  I have seen multiple examples of writing-as-therapy that I find both inspirational and enviably well-presented.  Check out the ‘blogs I think are groovy’ section (look to the right and then down- under the Meta info).

Some great stories to be found here on the WordPress.

The recent sources of angst in my life have got me to thinking about the purging and letting go of things, even when those things are held dear, even ‘sacred’, in some cases.

Exorcism is generally associated with the removal of something malevolent or demonic. Yes, even here in the 21st century, we retain enough of a fascination with externalized forms of evil that exorcists are still in high demand in certain places in the world.

I have written a number of posts  (this one most recently) about the idiocy associated with the belief in externally manifested evil, but the fact that industrialized, seemingly rational and modern nations still see a ‘need’ for specialized practitioners to rid the possessed of demonic influence remains incredibly hard for me to wrap my brain- over-extended though it may be at the moment- around.

A family I knew long ago actually experienced tragic loss at the hands of a purported exorcist, as a family member- with a history of mental illness- died in the course of a church-mandated healing ceremony intended to rid the ‘victim’ of a demonic presence.  This all took place in the environs and under the aegis of an internationally respected college in the centre of Canada’s largest city, and not so long ago that we can pass it off as ‘back in the bad old days’.

It’s still happening today.  I recently mentioned a television show that featured exorcism-gone-wrong as the crime requiring solution by the program’s protagonist.  The current Il Papa has allegedly performed exorcisms.  There is a movie in theatres right now that is ‘based on a true story’ about the possession of a family and the house in which they live.  Only the intercession of the powerful mediums- who provided the story that became the film- offered the family any hope of salvation.

There aren’t any ‘magic words’ that can miraculously exorcise demons- of the mind, of circumstance, of illness or despair (or a combination of any of these).  Change and healing require support (therapeutic, psychological, medical, pharmaceutical, a friendly shoulder- the varieties are myriad), time and a sharing of words rather than a recitation of formulaic chants and cantrips meant to drive out the evil that has taken up residence in the unsuspecting victim.

These shared words can help us understand that we need not be victims (regardless of experiences that may be victimizing in nature*) and that others have experienced the same troubles- and those much worse- than we are now going through, and have come through the dark times and returned to contribute beauty and goodness in spite of the darkness that entered their lives for a time.

(*During one of the worst periods in my life, a person that I love and respect emphatically reminded me that although I had, indeed, been victimized, I was NOT a victim.  The distinction is important- partly about attitude and partly about an awareness that I had resources and support I could alwasy rely on.  That said, I realize that not everyone is as fortunate as I am and I therefore would never presume to judge degree or perception of victim-hood.)

Don’t get me wrong.  I love William Peter Blatty’s The Exorcist.  In so many ways it is a beautiful film (green pea soup notwithstanding).  It is more about the redemption of Father Dimi than it is about a victory over some ancient Mesopotamian demon (Pazuzu is the demon of the southwest wind) who found a toe-hold into Washington D.C. in the 1970s through a child who played with a Ouija board.

The movie is visually stunning, and presents a sense of menace and terror far greater than the shock and gore offerings we tend to see these days.  And Oldfield’s Tubular Bells is the perfect haunted song to accompany the ominous sense of fear and foreboding that pervades the film.

The mythology behind The Exorcist and its sequel, Legion, along with the prequels that were made (I won’t even discuss The Exorcist II– even with the cool shots of James Earl Jones and the images of the Ethiopian rock-cut churches.  Where the heck did that story come from anyway?) deal with the archetypes of evil and the fears we are forced to face.

(House of the (arch)Angels Gabriel and Raphael)

Being scared- by a book or a movie- can be fun- and sometimes exhilarating.  Stories that scare us serve an important purpose in human societies (think about those stories collected by the Brothers Grimm, for example).  That doesn’t mean that there really are demons out there, or that we need a whole union of priest/shaman/charlatan-types who remain on call to rid us of those demons we innocently attract to ourselves.

Fears of Madonna and ‘Vampire-Culture’ aside, the brotherhood of those who market themselves as capable of removing demonic threats by chanting, tossing magic water and dead languages around HAVE to be viewed as an obscene anachronism in 2013.  Don’t they?

But that doesn’t mean that we shouldn’t perform a little bit of self-exorcism every now and again.

It is healthy- and cleansing- to periodically clear out the corners of our hearts and minds and remove all that is plaguing and possessing each of us.  We can do so through some good ol’ self-examination (perhaps following a bit of a wallow in some temporarily-gratifying self-pity), perspective, the wisdom of our fellows and a little help from our friends.

And if that doesn’t do the trick, there’s always Mike Oldfield.